Today I am going to write about an unfinished project from one of my Warhammer Fantasy armies that I am busily trying to get on top of. The biggest block to completing this project other than my own apathy is the lack of a suitable model to represent the units mascot, which is a bear.

Let me introduce you to part of the ‘Blue Bear Old Boys’ a Halberdier regiment from my Empire army of Ostland. I have used variants of this army from unit sizes between 10 – 30 men and they have had mixed success, sadly they remain a largely un-painted unit, which is something I mean to rectify.

The men in this unit is were all regulars at the public house ‘The Blue Bear’, and they were drafted into a unit by edicts set out by the Count of Ostland at the begining of Archaon’s invasion of the Empire, during the storm of chaos, (I believe this campaign was run some 9 years ago now). Whilst they were fighting in the north protecting their allies of Middenhiem, their own city Wolfenberg fell to the followers of Chaos. The Empire eventually won the war, but times of peace are still far off, the ‘Blue Bear Old Boys’ are one of many regiments that fight to drive the enemy from their lands.

My unit is largely built from old style plastic Halberdiers, made by Games Workshop around 1992. There are a few metal sculpts in their and to bulk the unit into a true 30 man (horde) unit, I want to make space filler out of a unit mascot, it make sense to me at least that this should be a bear. To this end I have been scouring the web for a suitable representative, and come up with three scuplts that I like the look of, they will require a little adapting to fit in with the unit, but I think either on will make a valuable addition: 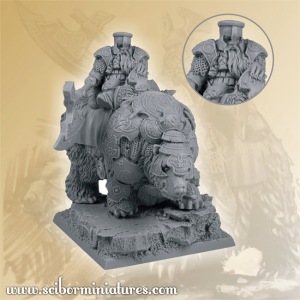 Well that is all for now, if you have a preference or even an alternative that you think will suit a 28mm fantasy army unit, please let me know.

On a different note, if you are looking for a decent ale to remind you of what summer can be light, sunshine of your face and good beer in your belly, then you can go far wrong with a bottle of ‘Oxford Gold’ by Brakspear, a lovely drop. 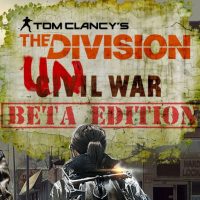 An adaptation of Frostgrave set in Tom Clancy's The Division world.

I paint things, then write about painting them.

A blog about board games, board game strategy, miniature games, and tabletop RPGs. Love the Game.

Escaping back to fantasy

All work and no play makes JAC a dull boy

aesthetic way to know the beauty