Just a quick update to say hi, I have been a little busy with life stuff, but had a good amount hobby to balance things out.

In June I received my kickstarter rewards from TTCombat’s Halflings and Friends. I have been looking through this box and it struck me that I might have unwittingly started a ‘Forces of Nature’, army. The box contained 6 Tree men, that stuck me would make perfect ‘Forest Shamblers’, for Kings of war. The rewards also contained several packs of Halfling Goat riders that were just screaming to me for conversion. And don’t get me started on the beautiful ‘Cockatrice’ sculpt. Now I am building a Halfling based Forces of Nature army along with my: Rhordians, Empire of Dust, Elves and Dwarfs.  A war gamers collection is never done. 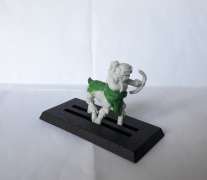 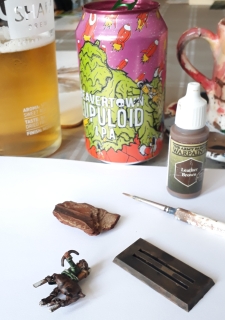 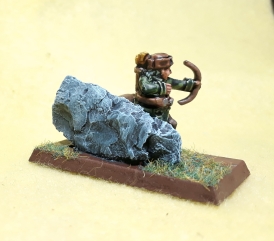 Mantic are due to release the 3rd edition of Kings of War, of course I had to pre-order a copy, I’m hearing great things for this and the new edition of Uncharted Empires which will update the current, non-core armies. There is also talk of new armies, so there’s loads to look forward in the world of ‘Mantica’, I mean ‘Palinthor’, the realm has had a name change.

At the end of this month I am travelling up to Salford, to take part in the Clash of Kings tournament. I have my usual goals of actually getting to play Kings of War, and having loads fun. I was not sure who to take, My trusty League of Rhordia, the Elves I used in February, or my Empire of Dust. This year I have had most fun preparing and playing with my Skeleton horde, and so I went with these guys, it will be my last game before the 3rd edition rules come in, so as I have over 2000 pts of these guys, they offer me the best choice selection. The next decision is which of the Pharaoh’s finest shall I choose.

Finally I couldn’t resist taking part in another TTCombat kick starter, ‘Desert of the Dead’. Can’t wait for those minis to appear.

My next blog will probably be after SELWG 2019, I’m really looking forward to this friendly war games convention. And to make it even better, my friend Nik is flying over from Austria to attend. So much hobby to look forward to: 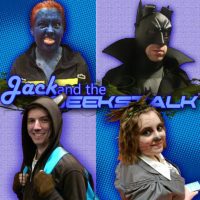